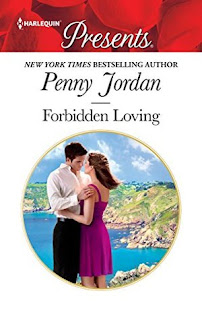 Hazel is a single mother in a small town. Her father, long-suffering from an illness has just died, and her soon-to-be 19 year old daughter Katie has gone off to university. Hazel is alone for the first time in her life and it has given her a lot of time to contemplate the state of her being and the fact that at 36 years old, she has never felt like a woman.

She is impregnated at 16 by her childhood boyfriend who promptly dies in a motorbike accident and her father, a successful barrister in London quits his practice to stay at home with her and look after her and the baby. Hazel is beholden to her father because he basically sacrifices his career for her, so when her father tells her she shouldn't ever think of getting involved with a man again lest he think she's an easy lay since she'd already been knocked up once (and the whole town will brand her a scarlet woman), Hazel takes his entreaty to heart and effectively walls up her emotional and physical needs.

Fast forward almost twenty years later and her daughter Katie wants to bring home a man for Hazel to meet over the holiday break. Hazel naturally assumes the boyfriend will be Katie's age, but finds herself shocked to the core when she discovers that the man is older than she is AND is her daughter's professor.

But what's even mortifying is the instant, visceral, primal awakening of her long-dormant sexuality at the sight of this man, her daughter's lover! Is there something wrong with her? Is she one of those women desperate to prove her desirability that she'd be willing to seduce her daughter's lover? For that matter, is she deluded enough to think that an urbane, obviously sophisticated man would prefer her shabby bag of bones over the young, supple, nubile flesh of her daughter?

But Silas Jardine seems to be interested in her as well. And to Hazel's consternation, Katie has invited Silas to live in Hazel's house for a few months while he works on his new book, leaving him alone with Hazel when she returns to university. On top of that, Silas Jardine turns out to be the real name of her most favorite author. Oh, and also, he's super duper sexy and Hazel finds herself unable to stop thinking about him.

Hazel is pulled out of her arrested development and brought to life with the kiss of a man. The plot is really very simple: Hazel is dead inside, a man comes along, she hesitates because the man is her daughter's lover (or so she believes, how would she know, she has no point of reference), he leaves because things get all awkward between them, then he comes back and is all, "Do you want to get it on and get married?" And Hazel's all, "Sure, I guess. I have nothing else going on."

I would have liked to have seen Hazel come into her own and be like, "I wanna know what love is... I want you to show me!" But even when the path to Silas becomes clear, she makes no move. She just cries and cries until he comes back and asks her to go with him. Hazel can do nothing for herself. She's helpless, practically a child emotionally and sexually. I mean, cool, I get that, her dad basically stuck her in an emotional chastity belt... but even by the end of the book, Hazel still seems helpless and looking like she'll be dependent on Silas for the rest of their relationship.

The HEA did not give me the warm fuzzies. I just felt sad for the both of them. Hazel needs serious therapy and I don't just mean sexual healing.

And Silas...he's good, kind, noble, patient, understanding, devoted, handsome, and I'm sure he has a 10-inch penis. Mr. Perfect. Mr. Just What The Doctor Ordered. Sir Just What I Needed.

Two and a half stars.